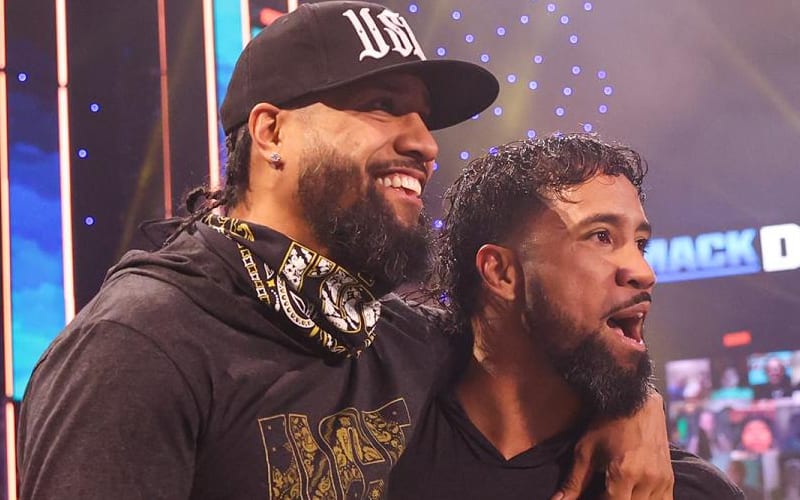 Plans change all the time in WWE, especially with Vince McMahon around. Right now Roman Reigns is in a storyline with Jey Uso where he must fall in line after a loss at Hell in a Cell. What’s next for the Usos?

Ringside News exclusively reported that any rumor about the Usos immediately splitting up is a fabrication. Jimmy ran down to save Jey at Hell in a Cell, and Roman Reigns used that opportunity to latch a submission on Jimmy. Jey said “I quit” to save his brother.

Dave Meltzer confirmed on Wrestling Observer Radio that when everything is said and done, The Usos will be a team once again. There is no plan to split them. After Jey’s singles run is behind him he will be in a tag team once again.

It might take a bit of time to wait on Jimmy’s return. His knee injury is still healing up which is why he took a move from Reigns that had zero impact. We’ll have to see what’s next in this situation, but don’t count on the Uso Penitentiary closing down any time soon