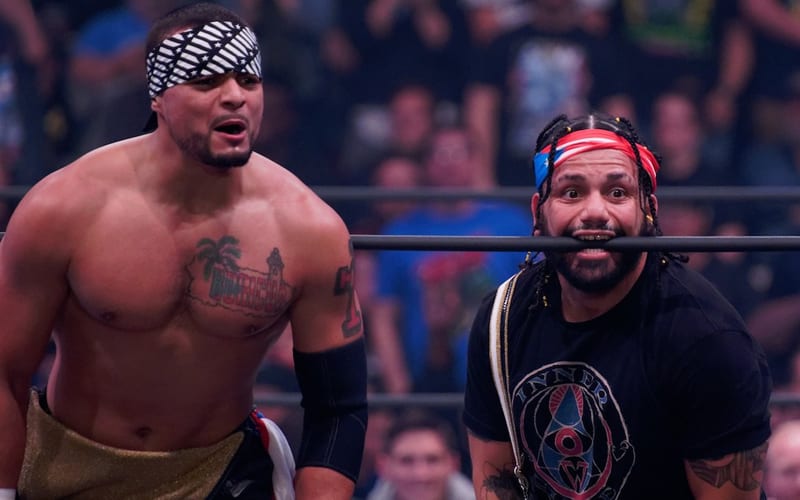 The Inner Circle wouldn’t feel complete without Santana and Ortiz at this point, but there was a time when they had other options.

Talk Is Jericho recently spoke to Santana and Ortiz where they discussed their transition from Impact Wrestling to AEW. They knew that AEW was an option after having a short conversation with Cody Rhodes. Jeremy Borash also created an option for WWE as well. Impact Wrestling didn’t want to give them more money, but there were other options for them.

Ortiz explained the situation with Impact Wrestling surrounding their departure, and what led them to AEW. It was almost a road that saw them in WWE as well.

“Cody had contacted us, and it was just like, ‘hey, how long do you have left at IMPACT?’ Based off that, we already knew we had another option,” Ortiz recalled. “At the time, we were trying to negotiate with IMPACT. We were like, ‘hey, we need a little bit more money,’ and they were kind of going back and forth with us, which I understand. They’re running a business, so they’re not going to just outright give us exactly what we want. Just going back and forth with that and knowing that, we had other options, and also, WWE was an option at the time because [Jeremy] Borash now works there. That was our in, so we were just like, ‘okay, what are we going to do?’ It was a couple of weeks out from leaving IMPACT and we still didn’t know.”

“We were really sitting there and trying to make the decision, and they were like, ‘alright, just stay for one more year. Just do one more year and we’ll figure something out.’ We were going over it in our heads. ‘What are we going to do? We’re going to just stay here? People are going to turn on us, and if we stay here and they kind of feel like we’re going to leave, maybe they bury us or something sh*tty happens.’ It was like, ‘hey, we’re willing to do business the right way. We’ll lose on the way out. We’ll put over whoever you want to put over.’ We just felt like it ran its course, and we love the people there.”

“We loved working there. We just felt that we needed to grow; we felt like we were a big fish in a small pond. Not that we weren’t being challenged, but we wanted a challenge to try to work our way up.”

Santana and Ortiz left Impact Wrestling and made their big reveal on AEW Dynamite to join the Inner Circle. They are very happy with the choice they made at this point, but there were certainly other options for the former LAX.