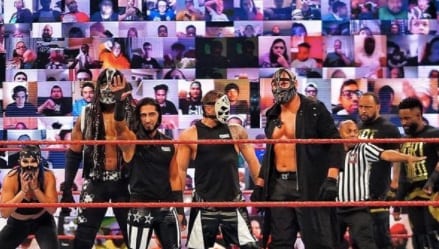 The rise of Retribution has certainly been one of the most notable storylines in WWE over the course of the last few months, and now, their sharp fall is just as apparent.

In the last few weeks we’ve seen this new faction lose multiple matches and, in the process, many have lost faith in what they’ll be able to accomplish in WWE.

Ali, the leader of the group, seems to believe that they secured a moral victory last night on RAW despite losing via disqualification to The Hurt Business.

Some fans still hope that they’ll be able to overcome these early setbacks and really start to build some momentum, but for now, it does feel like an uphill task.