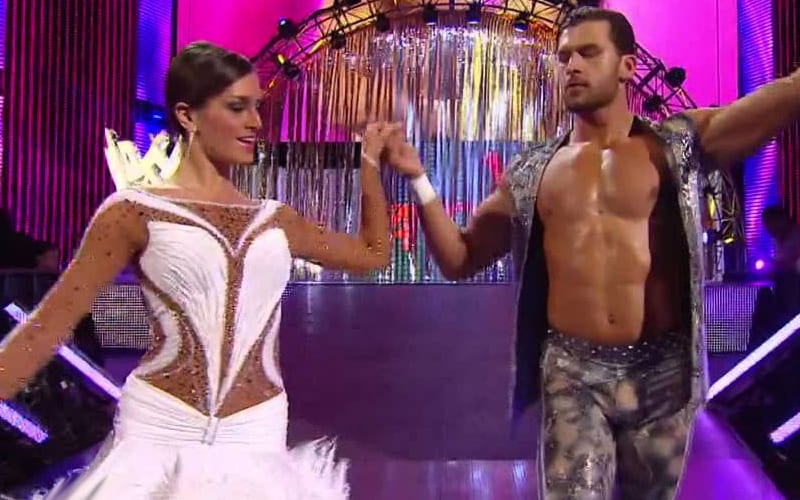 Fandango entered WWE as a dancing Superstar with a partner, but she didn’t wrestle. His dance partner clicked with Fandango, but her real-life boyfriend didn’t appreciate the environment at all. This led to her leaving the company.

Arn Anderson recently discussed Fandango during The Arn Show. He revealed that Fandango’s original dance partner was a great fit, but she wasn’t single. Her boyfriend got a sense of the “wolves” who were “sniffing around” and he didn’t like it one bit. This led to him making her quit.

“To this day, he is a good friend of mine. He is a good guy. He is a great performer. He has a good physique.  When he’s in shape, he looks incredible. I remember the dance partner with Fandango like it was yesterday. He’s not a dancer. He had to learn on top of everything else he brought to the table. He had to learn how to dance enough to at least make it entertaining which he did, which means he put the extra effort in.”

“He had a dance partner, the first young lady they arrived on, not the first to try out. We had a bunch of tryouts at TV for local dancers to come in and they finally found one that really gelled and it was excellent. But, her boyfriend got a smell of what was going on and looked around at all those wolves at television and all the talent that was sniffing around his girlfriend and he made her quit. Smart move on his part. I don’t know if they are still together but if they are, he made a really smart move and they never did find anyone that clicked as well as she did after that.”

Arn Anderson seems to think that her boyfriend made a smart move by making her quit. A lot of things can happen on the road, especially in a pro wrestling company. Fandango was able to carry on without a dance partner, but the story could have been much different if his original dancer’s boyfriend didn’t step in.