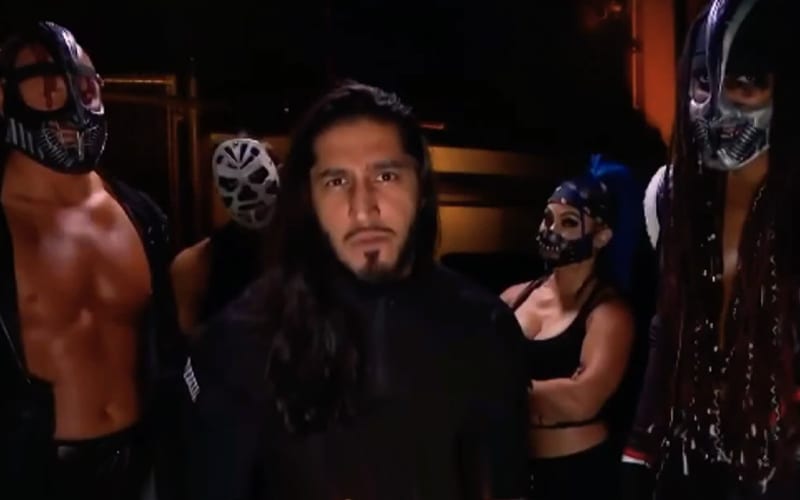 WWE debuted Retribution because Vince McMahon had an idea “on a whim.” The process was exclusively reported by Ringside News as they made decisions on a weekly basis. Now the stable has been fully revealed and Mustafa Ali is their leader.

The company decided to make Mustafa Ali their new leader around the time when the stable debuted on television with their new names and masks. Since then, the faction has seen a quick slide into one loss after another. In fact, the invaders have yet to pick up a legit win.

Ringside News has learned why Retribution lost steam, but it’s not a new reason at all. Typical of WWE, the Chairman lost interest. They had a ton of momentum, but it has quickly diminished.

A member of the creative team with very close knowledge of this situation told us that “Retribution is the victim of same thing everyone else is a victim of here. Lack of focus at the very top.” The “very top” is Vince McMahon and Bruce Prichard.

It is interesting that the entire Retribution stable consists of Paul Heyman guys (or girl in Reckoning’s case). They were placed in this stable and Mustafa Ali was given them to lead, but it’s hard to do anything when Vince McMahon loses focus.

This is not the end of Retribution, but as the weeks go by the faction’s longevity is definitely in question.