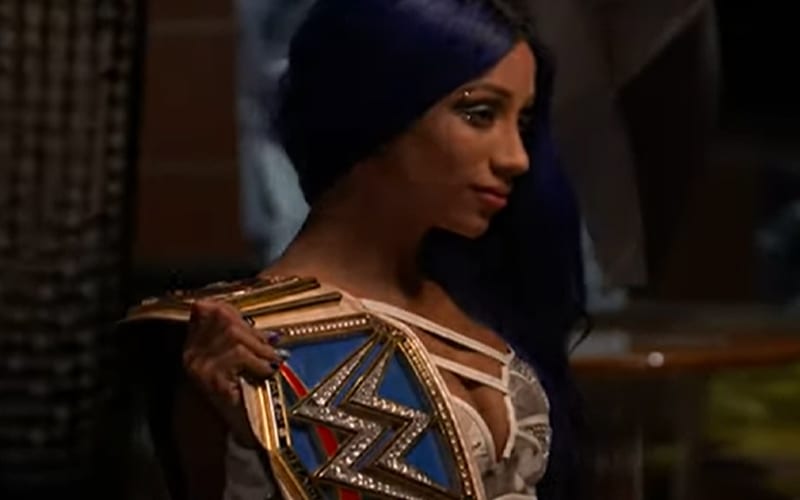 WWE Hell in a Cell was an event with two big title changes, and one of them belonged to Sasha Banks. The Boss clinched her first-ever SmackDown Women’s Title, ending Bayley’s impressive reign at the same time.

Sasha Banks was happy to pose with her new title after her match. The Boss worked hard, and also went through an intense rivalry with Bayley to earn her title. Odds are her time against Bayley is not over yet, but tonight was one for celebrating.

Sasha Banks also had new side plates put on her title. This was a big night for Sasha Banks as she was able to topple her former best friend in a Hell in a Cell debut she won’t soon forget.