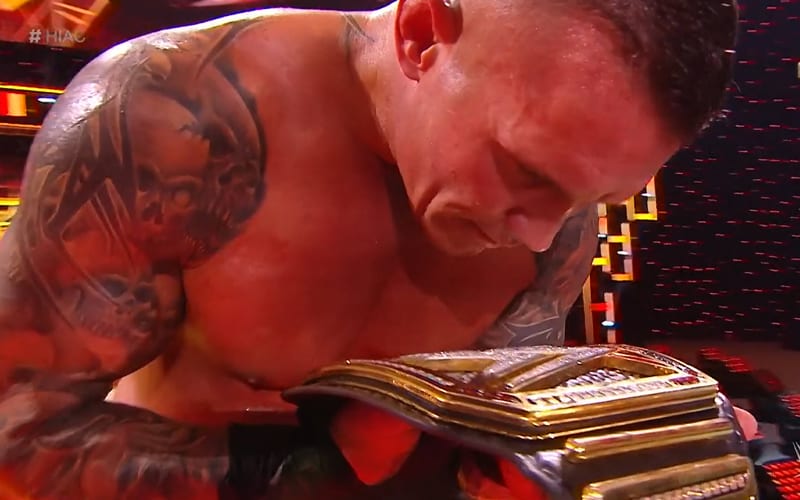 Randy Orton is now a 14-time World Champion in WWE after defeating Drew McIntyre at Hell in a Cell. This was a hard-fought battle that concluded the event.

This match went to the top of the Cell at one point. McIntyre took a bump off the side of the Hell in a Cell structure through the announce table, but he fought on.

Things were looking up for Drew McIntyre once they returned to the Cell. He had a rally, and prepared to hit his finisher. Then Orton ducked and McIntyre missed a Claymore Kick. Orton popped up and hit an RKO for the win.

This win ties Orton with Triple H with 14 World Title reigns. It also marks the end of McIntyre’s first reign as World Champion which started at WrestleMania 36.