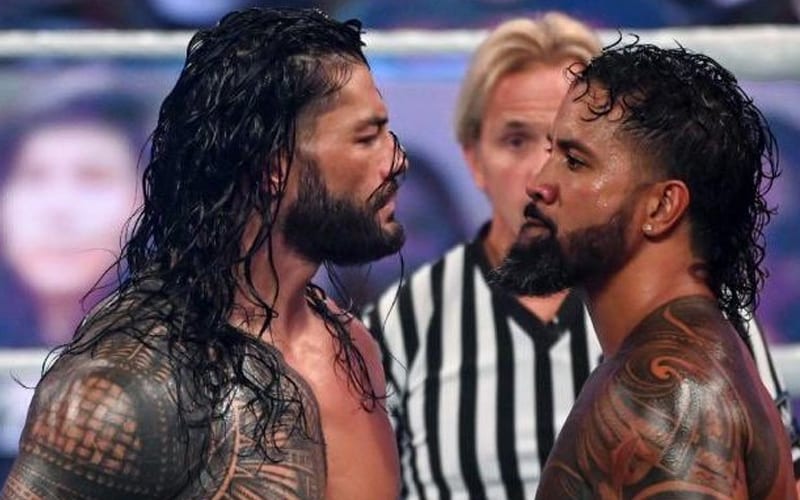 Roman Reigns and Jey Uso are in a feud that captured the WWE Universe’s interest so much that the company nixed Reigns vs Bray Wyatt. Now we have an idea where they are headed.

According to Wrestling Inc, Jey Uso will align with Roman Reigns and “join forces.” It’s not known exactly when this will happen.

Jey will join Reigns because “if you can’t beat ’em, join ’em.” It makes sense, and it has been speculated that this is the direction.

The storyline will be that Reigns is the provider and Jey needs to be able to provide for his family so he will essentially fall in line with him.

Jimmy Uso is still out of action with an injury. He has appeared on WWE programming recently, but Uce hasn’t been in action. He is still not cleared from his knee injury. It’s unknown how he will play into this situation for now.

Ringside News exclusively reported that there are no immediate plans to “breakup” the Usos. Jey is on his own right now as Jimmy can’t wrestle. It is interesting how they are still able to work Jimmy into things. It wouldn’t be a huge shock to see Jimmy at Hell in a Cell tonight.