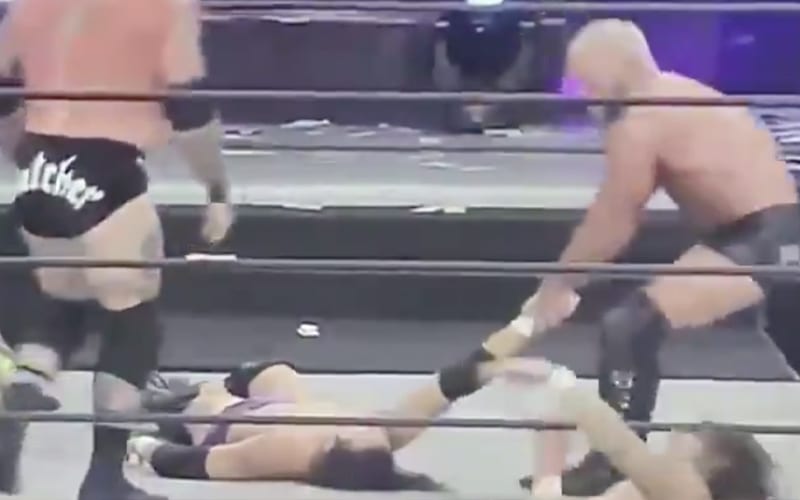 Alex Reynolds was knocked out during Dynamite this week. It was a scary spot, but so many people didn’t even notice he was hurt. The match carried on, and he remained on the mat unconscious for over 40 seconds.

Reynolds seems to be okay. He thanked everyone who sent out messages to check on him. He also included a screenshot of a notepad where he shared his thanks again.

He also said that he believes that the referees and doctors handled his situation “great” when he was unconscious on live television.

Hey guys, just wanted to thank you for all the concerns for my health. It means the world to me. I truly believe the ref and our doctor handled the situation great on Wednesdays show. Injuries happen in wrestling, but I feel completely safe with our team here. Thanks again and I’m looking forward to seeing you soon.”

Mistakes happen in the ring, and it is a very unpredictable place. Thankfully, Reynolds didn’t appear to have suffered any serious injury. We can only hope this situation won’t keep him out of the ring for very long.