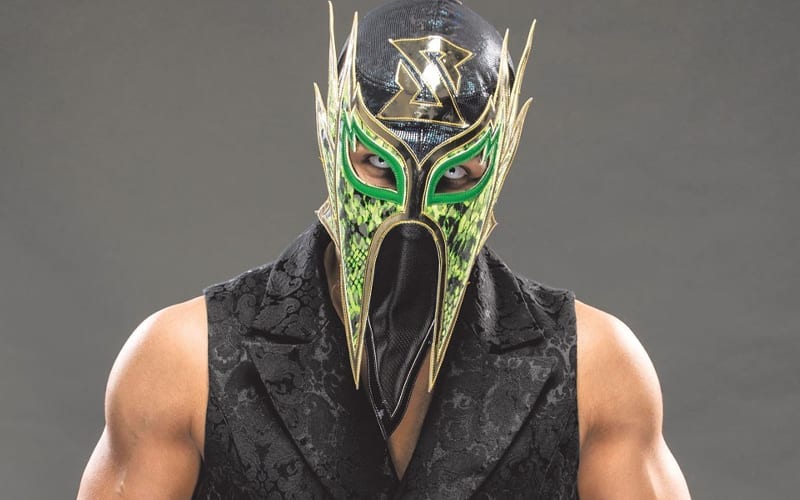 Serpentico recently revealed that he is under AEW contract. He had been appearing for the company for some time, and he has been under contract for a couple of months.

During an interview with Inside The Ropes, Serpentico revealed that he signed with AEW. The Snakeman is All Elite, but the news didn’t get out until just now.

“SNAKEMAN is ALL ELITE! I’ve been under a deal for a few months now. This is going to sound like I’m playing favorites because I work for the company now but I’m beyond grateful to work for a company that cares so much for the people that work for them. Before signing I was already made to feel at home. Everyone has been very welcoming and you can practically go to anyone for advice/pointers/critiques and they all have been so helpful. It never comes from a negative place. They really want the company to grow and I’m glad to be part of the team.”

The Serpentico mask was used to sneak Sammy Guevara back on AEW Dynamite for a big reveal following his suspension. Serpentico was featured most recently in the main event of Chris Jericho’s 30th Anniversary episode of Dynamite as he tagged with Dr. Luther.