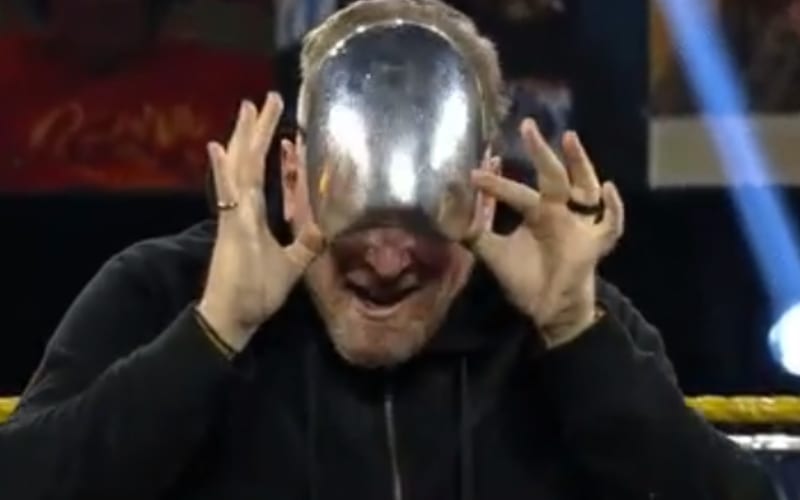 Pat McAfee surprised everyone when he returned to WWE’s NXT brand when he helped screw over the Undisputed Era. Now there are new NXT Tag Team Champions, but Keith Lee was a bit confused.

The Limitless Lee tweeted out after NXT was over. He said that since McAfee got in the ring with a metal mask on he figured Retribution had made their way to the black and gold brand.

I thought I spotted a Slapjack on @WWENXT for a moment there! It was just Pat though. Ahh well.

We’ll have to see what Pat McAfee does next after aligning himself with Danny Burch and Oney Lorcan. He obviously isn’t done with Adam Cole, and that is undisputed.