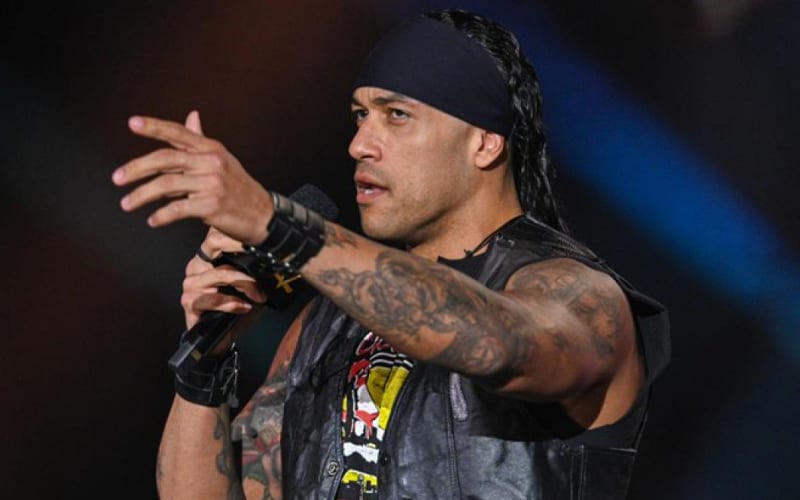 Damian Priest is NXT North American Champion and his new personality on television represents who he is in real life. This is something that Triple H and others in NXT pushed for Priest to show on television.

During WWE The Bump, Damian Priest opened up about his character transition. He said that they wanted him to be himself, and despite a bit of concern about it, he went all in. Now Damian Priest can see the change and he believes that is what draws fans to him.

“Triple H and the coaches at the Performance Center have been nonstop with: ‘Hey, can you just be yourself? Just do you. We like who you are. You’re a cool dude. I was like, ‘Are you sure?!’ Because I like the way I am, but I don’t know how that’s going to translate on TV and they were like, ‘No, no, no — do you!'”

“I’m not pretending and at first I didn’t know it was a struggle because I didn’t know how to not pretend. It was like I was pretending to be a version of myself because that red light goes on on the camera and that’s what we’re supposed to do. You’re supposed to play a part and that was what was instilled in my head and they were like, ‘No be yourself,’ so it was a little slow at first, and then I started to figure it out. I think I really started to figure it out when I had that match with Finn Balor and everything just clicked and there was a smoothness and I’m enjoying myself and I think that’s why people are drawn to me now. I’m authentic to myself.”

We’ll have to see how long Damian Priest can hang onto the NXT North American Title. There are a lot of worthy competitors, and his new character could open the door to a main roster call-up sooner than later.