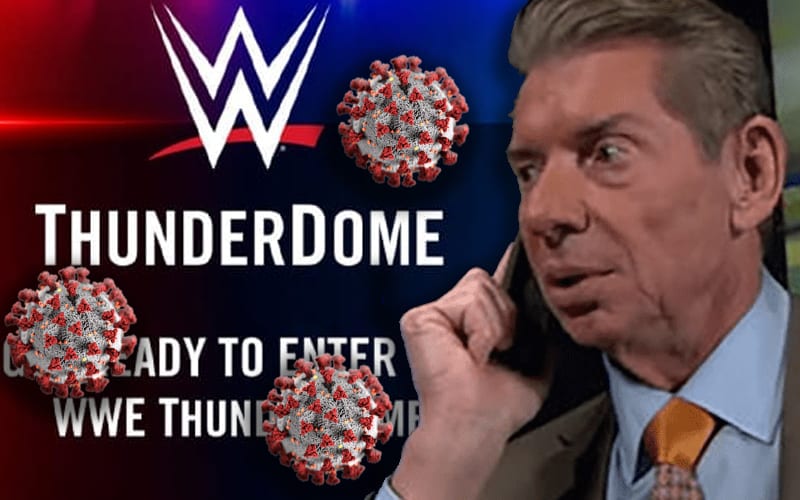 WWE’s venues are being investigated by the Orange County Department of Public Health for possibly being “hot spots” for COVID-19. WWE has now responded to this invetigation.

The company sent out a public statement regarding the new investigation. They said that their events are not open to the public. WWE also made it clear that they have strict testing protocols as they outlines Aventus Labs’ system for ensuring the safety of everyone who enters their venues.

“WWE is not open to the public, but rather operating on a closed set with only essential personnel in attendance. As part of on-going weekly testing protocols, Aventus Labs have administered more than 10,000 PCR tests to WWE performers, employees, production staff, and crew, resulting in only 1.5 percent positive cases as compared to the current national average of more than 5%. Additionally, extensive contact tracing takes place, and impacted individuals are placed in 14-day quarantine and then only cleared after they test negative.”

This is an ongoing situation and there could be more to this story at a later date. The investigation is underway, but WWE seems very confident that they have done everything possible guard themselves from COVID-19.

Keep checking back with Ringside News for more on this ongoing situation.