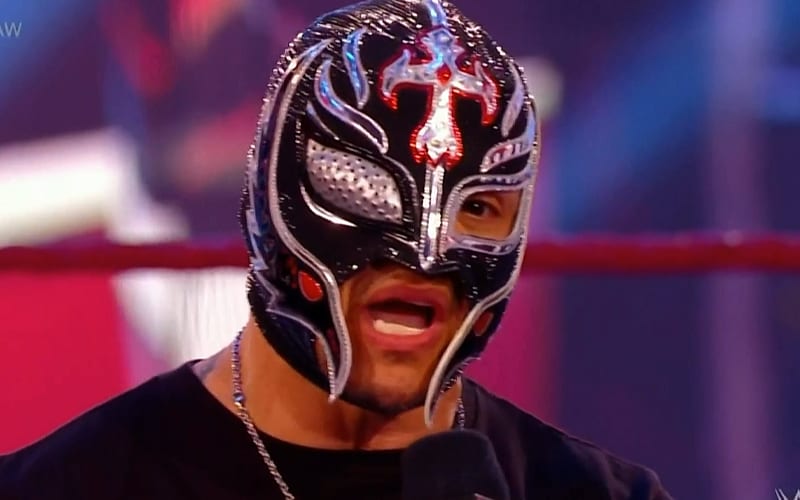 Rey Mysterio suffered an injury during his match at Payback. He’s been able to stay on television consistently since then, but he’s itching to get back in the squared circle.

Rey Mysterio appeared on Talking Smack where his current injury status came up. He said that things are coming along and he’s almost ready to return. He just needs to recover one more percentage point to make it to 100%.

“I was concerned in the beginning. The procedure was slow at recuperating, but I’m already at 99%. I’m looking for bigger things to come. I eventually want to get this [storyline] over with — there’s a twist and turn with Murphy trying to get on my daughter’s side, and [makes angry sounds].”

Rey Mysterio might be able to settle things with Murphy in the ring if he heals up fast enough. Dominik Mysterio wasn’t too happy about Rollins and Murphy tagging along from RAW either.