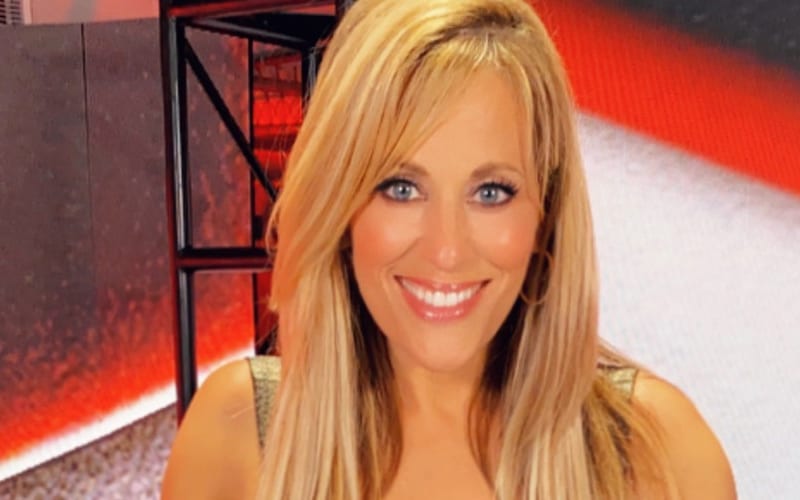 Lilian Garcia left WWE in August 2016, but she never left the fold. Garcia has welcomed a number of WWE Superstars onto her podcast in the meantime. She has a big announcement coming on Monday, and we are intrigued.

This “big announcement” from Garcia on Monday will be followed up with an appearance on WWE The Bump on Wednesday. We’ll have to see what Garcia has to announce, but there are a lot of hopeful fans out there.

Plenty of fans are under the impression that Lilian Garcia is coming back to WWE. That has not been confirmed yet, but the former ring announcer is missed by a lot of people. She is also loved backstage and by fans as well.

The fact that Garcia posed in front of a background that looks a lot like the modern WWE RAW logo also piqued a lot of interest. We’ll have to wait until Monday to find out what she has to announce.

Keep checking back with Ringside News for any further developments in this ongoing story.