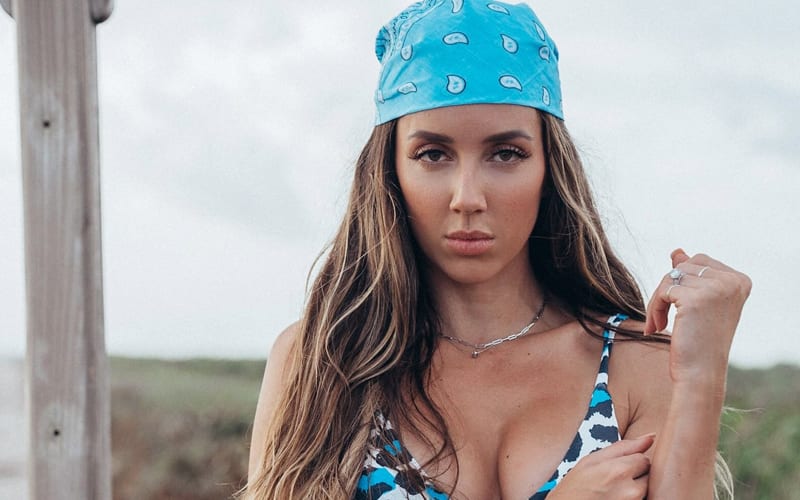 Chelsea Green still hasn’t been seen on the WWE main roster as so many expected of her. She was called up in December, and sent back to NXT for a little run with the Robert Stone Brand. Now fans are waiting to see her again.

If Green’s fans want to keep up with the former Hot Mess they can always log onto Instagram. She recently posted a stunning photo with a bit of a pirate motif as she said “surrender the booty.”

Green wasn’t a part of the 2020 WWE Draft, but no NXT Superstars were called up during that time. WWE used it as an opportunity to exclusively move main roster wrestlers around. There’s still plenty of time for Chelsea Green to make her presence known on the main roster.

You can check out her new photo below. Hopefully, this isn’t a sign that WWE is putting her in the new pirate gimmick.