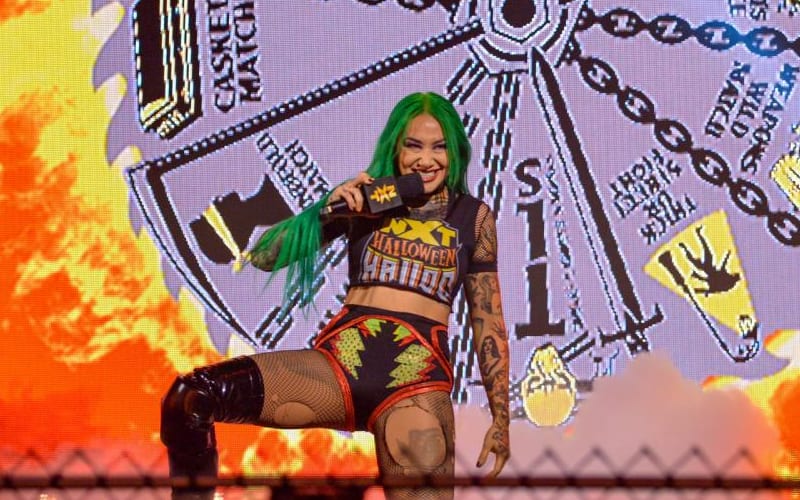 WWE NXT is bringing back the Halloween Havoc event name on October 28th, and there will be some unexpected moments. Two matches are slated to take place so far where the match’s stipulation will be determined by a spinning wheel.

The Spin The Wheel, Make A Deal idea will be hosted by Shotzi Blackheart. Several options are included on the wheel including “Shotzi’s Choice.” Obviously, she’s looking forward to the wheel landing on that option.

A couple of those matches like a Coal Miner’s Glove on a Pole or Buried Alive match might take some extra time to set up. The Devil’s Playground match also sounds incredible violent. We’ll have to see what they end up doing, but there are plenty of Halloween themed options to choose from.