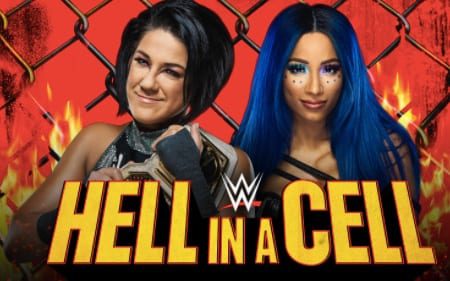 As seen on Sky Bet, the betting odds for Bayley vs Sasha Banks at WWE Hell in a Cell have been released.

The two best friends turned rivals are set to square off with the SmackDown Women’s Championship on the line inside the demented Hell in a Cell structure.

Many believe that WWE should hold off on this blow-off match until WrestleMania, but with the calendar falling on HIAC, this does feel like an appropriate place for them to settle their differences.

In terms of the odds, Sasha Banks is actually a narrow favorite to walk away with the belt at 4/5. On the flip side, Bayley is a very slight underdog to retain the title at 10/11.

The fact that they had a match on SmackDown is a bit strange given the stakes but at the very least, they’ll do everything in their power to put on a great match inside the Cell.