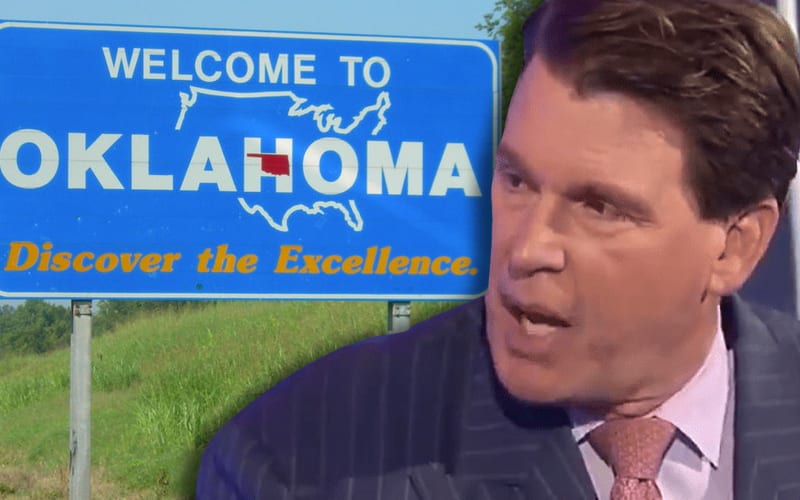 Gerald Brisco has a new show coming, and if this video is any indication of things then there are some great stories to come.

Brisco and JBL sat down and Bradshaw told a story from the road that predated cell phones by decades. This was a story about public urination and how much JBL hates Oklahoma and loves to get under Brisco’s skin.

JBL is a true Texan, and he made sure to urinate on the Oklahoma sign, but he didn’t stop there. He also found the “Welcome To” signs for the towns that Gerald Brisco was billed from, and where he was actually born. He peed on them too, and many Polaroid photos were taken.

During one instance of covert public urination, JBL said the Iron Sheik drove by to catch him in the act. He has no idea why Sheik was going down that same backroad where JBL decided to relieve himself on the road sign.

JBL said that Sheik asked him if everything was okay. Then JBL told him that he was peeing on the sign of Brisco’s hometown. “Oh excellent Brad! You’re such a good boy!” Sheik said before driving off.

The story is pretty funny, but it turned sour for JBL in a hurry. He taped photos of himself peeing on all those signs in catering including another photo of a toilet bowl that said “Brisco Family Reunion” over it.

Gerald Brisco wasn’t the one who saw them first. His big brother Jack Brisco and Danny Hodge saw them first, and that wasn’t good for JBL at all. Bradshaw tried to run, but Hodge caught him. He said after Hodge was finished with him he couldn’t work out for a week.

You can check out the video below, or at this link. This story opens up the new video, and it includes many jokes as JBL and Gerald Brisco got sidetracked while taking a walk down memory lane.