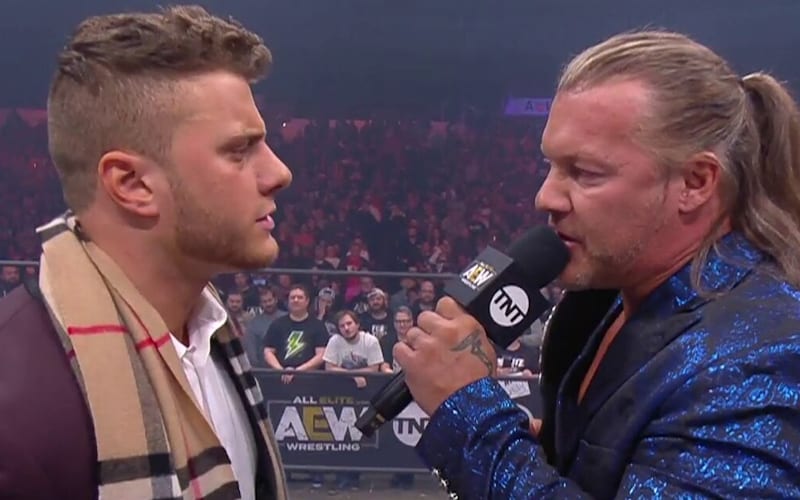 Chris Jericho is in AEW, and he is looking to help that roster full of younger talent grow. MJF is one of the hottest young stars on the roster, and Le Champion can see what The Salt Of The Earth is capable of.

While he spoke to Chris Van Vliet, Chris Jericho discussed MJF. He has seen a lot of young stars come through the business, and Le Champion is not ashamed to admit that MJF is more advanced than he was at his age.

“He is way more advanced than I was at his age.  He just turned 24 years old.  He’s definitely what you would call an old soul in that I can’t believe how good he is with the experience he has.  What blows my mind is how much better is he going to be with experience over the next couple years and what he is going to learn from me and learn from Cody and Arn Anderson and Tully Blanchard in his ear.  It’s amazing to me just how good he is.  There are certain guys you see and say we can do something together.  It’s just the natural progression.”

MJF and Chris Jericho seem destined to feud eventually, but fans are certainly enjoying the ride to get there. We’ll have to see what’s next for MJF, but his first AEW action figure won’t be his last big milestone in the pro wrestling business.