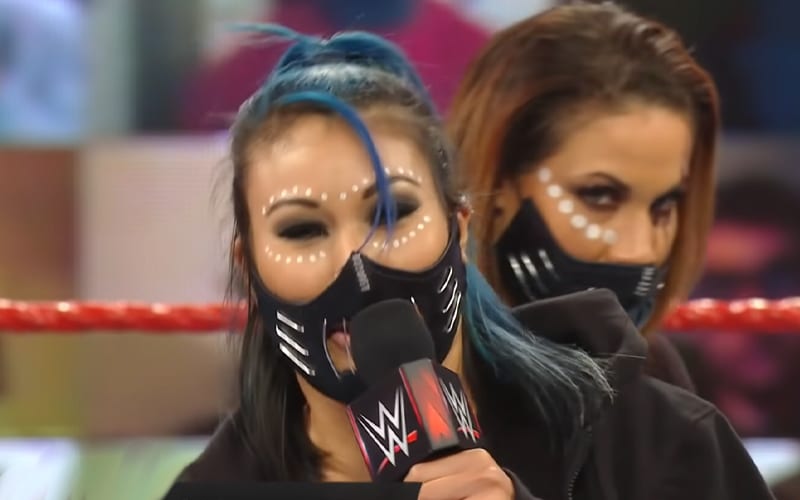 WWE debuted Retribution with new names and masks. Then they had to quarantine which left a few questions. The next week, T-Bar, Slapjack, and Mace appeared on RAW alongside their new leader Mustafa Ali. This left even more questions about one member’s status.

Reckoning took to social media in a hurry as Mia Yim adopted the character’s entire attitude. It is essentially her HBIC character turned up to 11, and it has been working well. Others had questions about Mercedes Martinez.

After it was revealed that WWE filed trademarks for Reckoning and Retaliation, Mia Yim got to work on social media, but Mercedes Martinez did not. This clue along with Ali neglecting to include Martinez in a recent graphic was also a clue that she might not be in the stable anymore.

WWE recently dropped the list of available Superstars in the 2020 Draft. The second night of the Draft will take place on RAW, and Retribution is listed as follows:

This certainly gives fans the idea that Retaliation is not out of the group. At least whoever arranged the list was under the impression that Mercedes Martinez is still in the picture. Stay tuned.