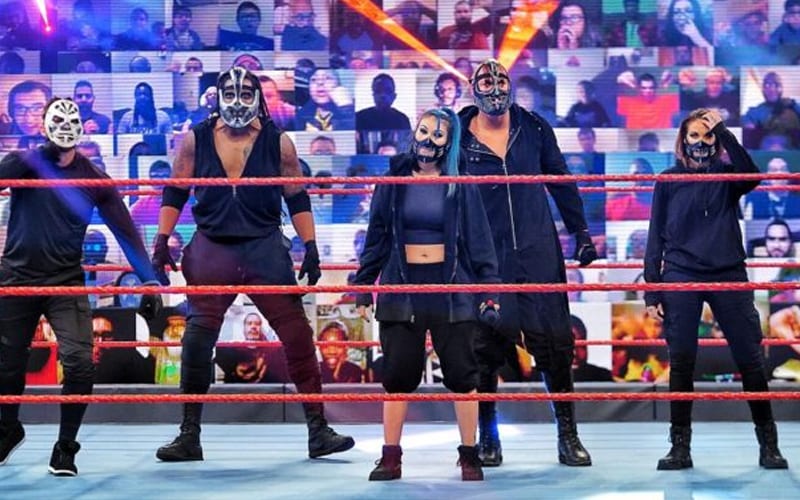 Retribution members have changed several times throughout the faction’s story. There was even a week when Mojo Rawley was in a segment as one of the masked members. It appears that Mercedes Martinez might not be in the discussion anymore.

All five core members of Retribution were off RAW last week because of quarantine issues. Mia Yim and Mercedes Martinez were not on the show this week, but T-Bar, Mace, and Slapjack were. WWE had others in generic black ski masks fill out the group for Mustafa Ali’s big moment.

After the news broke that WWE registered trademarks for five Retribution member names. Mia Yim registered a Twitter account as Reckoning. Mercedes Martinez did not do the same for her supposed name.

The members of Retribution also all followed Malcom Bivens prior to Mustafa Ali being revealed as their leader. Bivens had fun with that, but it is notable that as of this writing Martinez is not being followed by T-Bar, Mace or Reckoning.

A new piece of possible evidence came to light today. Mustafa Ali uploaded a graphic with five images all displaying reasons why each member joined Retribution. Martinez was not featured.

We’ll have to see what WWE does in this situation. It is possible that Martinez is out of action due to some reason that nobody can talk about, and she will join Retribution on television once again. It is interesting that she hasn’t been involved with the rest of Retribution’s social media hijinks since their big reveal two weeks ago.