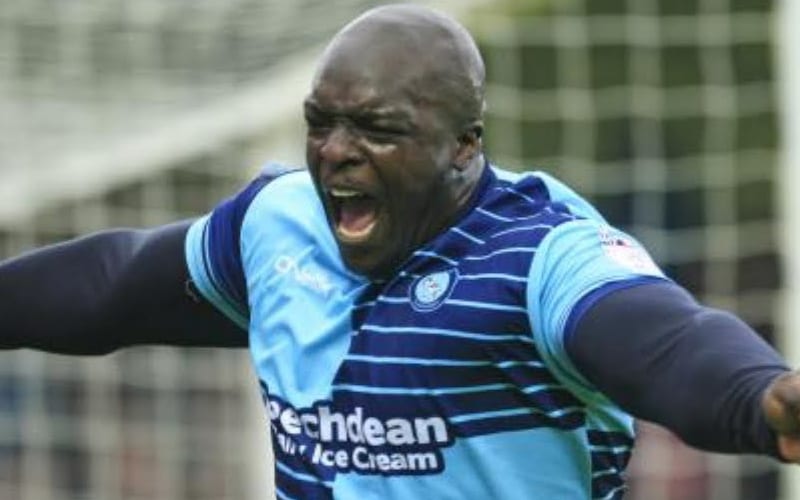 WWE has their eye on a lot of people with pro wrestling potential. They don’t limit their search with just one sport. Footballer Adebayo Akinfenwa apparently has WWE’s eye.

The 38-year-old beast on the field revealed last year that he has been in conversations with Vince McMahon’s company. Akinfenwa recently spoke with TalkSport where he confirmed that there are still talks going on.

Adebayo Akinfenwa said that he intends to call WWE back about an offer to see what they have to say. He can’t make any promises, but pro wrestling is something he is passionate about.

“I’ve had a couple of calls recently in regards to that. I’ll be following up on that soon – so it could go up or down depending on the outcome of that.”

“I can’t tell you a direct percentage in terms of that [coming to fruition], but it’s something I’m really passionate about, so watch this space, people.”

Adebayo Akinfenwa is a striker for EFL Championship club Wycombe Wanderers. He might trade the field for the squared circle eventually.

WWE could find a Superstar in Adebayo Akinfenwa. If might be the perfect fit for NXT UK, but a main roster spot could always be reserved for someone who possesses his size and ability.