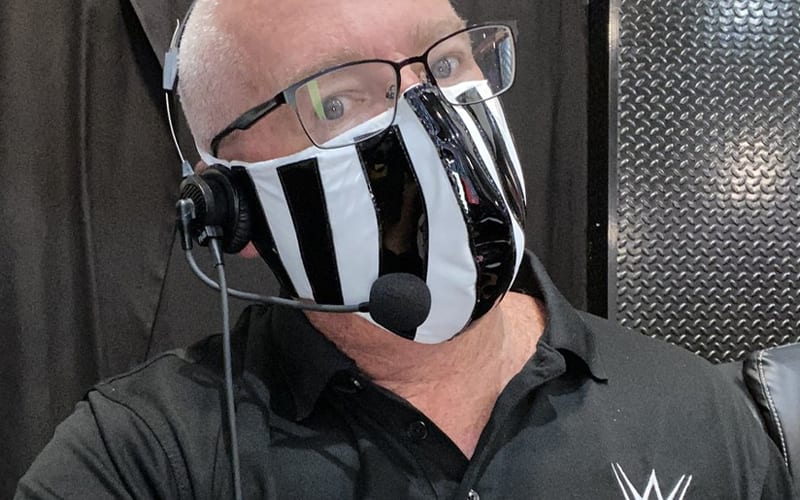 WWE furloughed a number of people in April. They recently had to let some of them know that they don’t have a job anymore. Scott Armstrong got a call from WWE too, but it was much better news.

Armstrong is now back with WWE as a producer for the company. He is at NXT TakeOver: 31 and posted a selfie from backstage. His WWE shirt and referee striped mask alone indicated he’s back in the saddle in his old position.

Back in the saddle and definitely happy to be a part of the @WWENXT Family!!! #TakeOver31

This is great news for Scott Armstrong. We had a feeling that something was up by the tweets he put out yesterday. When D.A. Brewer’s bicycle was stolen, Armstrong replied and said that he’s got a good story the next time they see each other. You can check out that interaction below.