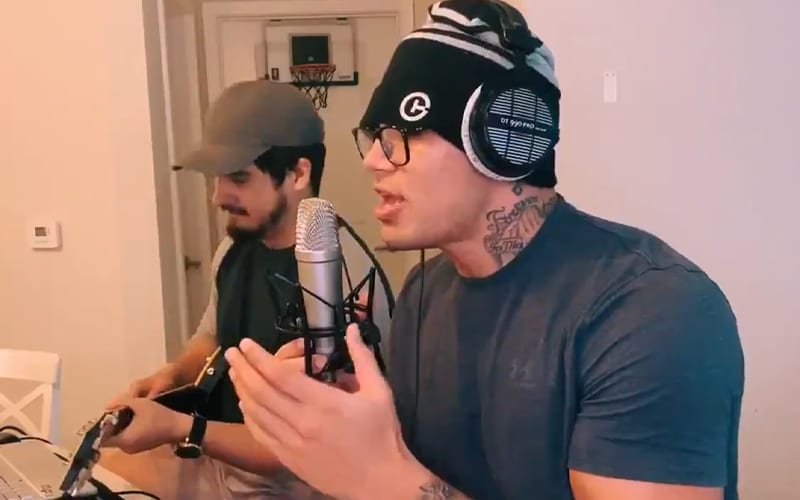 WWE has a lot of multi-talented Superstars on their roster. Daniel Vidot is an NXT Superstar, but he might want to think about getting an American Idol audition tape ready. He recently dropped a video featuring his singing talents that impressed a lot of fans.

Vidot, a former pro rugby player signed with WWE in 2018. That is when the Australian started learning the ropes. He hasn’t done much on NXT yet, but he did lose to Sheamus as an enhancement talent on SmackDown in April.

In a new video released to social media, Daniel Vidot belted out Chris Brown’s “With You” as his friend played along on guitar. Vidot’s vocal abilities are pretty impressive. Who knew NXT had such a singer on their roster?

He captioned the video “Jam sesh,” and it was quite a jam session indeed. If you liked this then it might be wise to keep an eye on Vidot’s Twitter account for more music videos in the future.