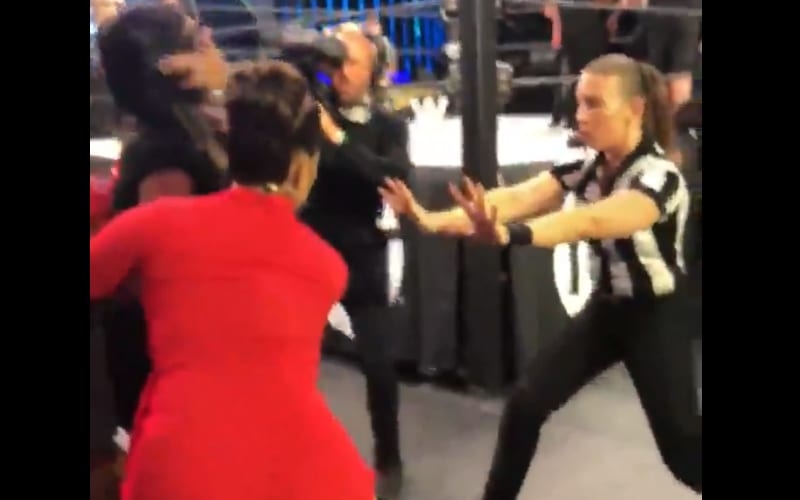 AEW Dynamite included a brawl this week that got a bit out of control. Nyla Rose was included and Vickie Guerrero was right there with her cell phone recording footage.

Guerrero revealed this footage from Dynamite on the day after it aired. It’s interesting to get a view of what it’s like to be in the midst of a chaotic pro wrestling brawl. This is a vantage point that fans rarely get.

Vickie Guerrero captioned the video by saying that KiLynn King should have known better than to mess with Nyla Rose. She certainly seemed to have learned a lesson this week on Dynamite with the Vicious Vixens around.

You can check out the clip below. Nyla Rose and Vickie Guerrero make a good pairing in AEW. Let’s see how soon it takes for that momentum to bring Rose back to an AEW Women’s World Title match.