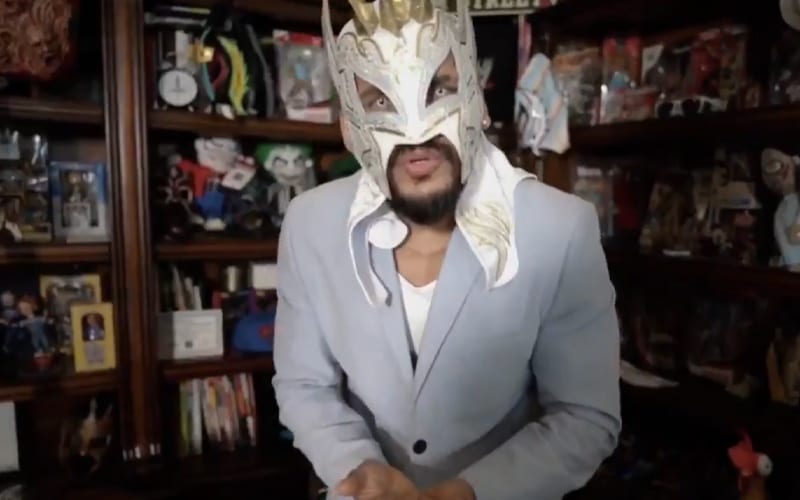 Kalisto held titles in WWE prior to his time with the Lucha House Party. He wants the same for Lince Dorado, but apparently there are some cracks in the stable’s foundsation.

The Lucha House Party seem to be squabbling and it was kicked into high gear when Kalisto returned from injury. He claims that Lince Dorado didn’t call him once during those 8 months on the shelf.

Kalisto dropped a video promo where he showed off his titles from WWE. He’s been out for 8 months watching Lucha House Party lose, and he wants to change that.

He said it’s about surviving and not being “Lucha Lit.” It’s about fighting for Kalisto and he was trying to make that point during this video promo. He released it himself through his own social media.

You can check out the video below. It seems that the Lucha House Party have a lot going on behind the scenes that fans might not have even realized.