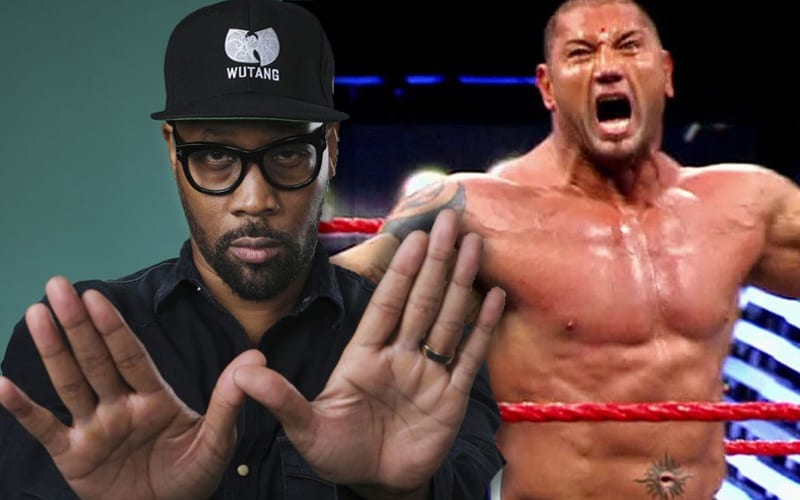 WWE allowed plenty of Superstars to make their way to the ring with special music at WrestleMania. For some reason they rejected RZA from the Wu-Tang Clan’s offer to add new lyrics to Batista’s track for no charge.

The Animal jumped on Twitter and he told a very interesting story. This was in reply to a fan who didn’t like Saliva’s version of Batista’s song much.

Dave Bautista is a likeable guy, and he has some famous friends. RZA of the Wu-Tang Clan wanted to add his own spin to Batista’s WWE entrance music, but the company declined.

Here’s some cool background shit for ya! My homie @rza from @WuTangClan was going to add some lyrics to my music to give it an updated feel when I went back in 2014… FOR FREE!!!! And the @WWE said NO.

Just another one of my frustrations of the 2014 shit show if a return.

This might be a surprising story for some fans to hear. After all, we’re talking about the Wu-Tang Clan, but WWE rejected the idea and went their own direction.

CM Punk didn’t seem surprised by this story at all. He tweeted back saying: “Sounds about right.” At least we now know what could have been.