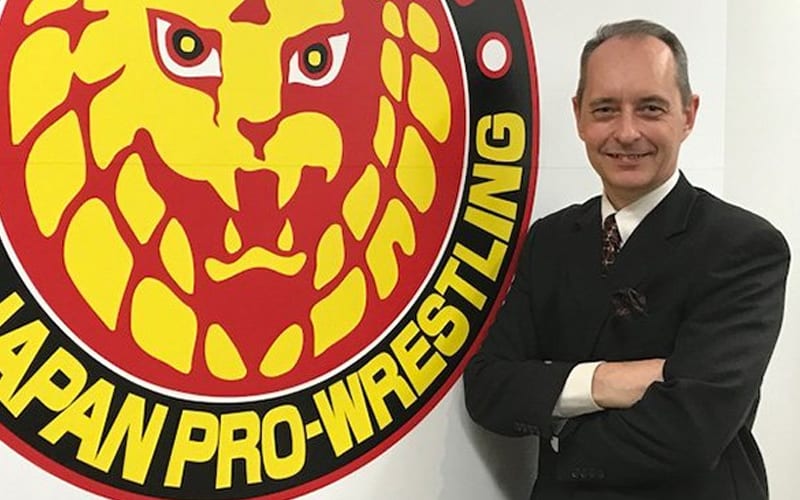 NJPW President Herald Meij has left the company. He entered in May, 2018 and had big goals for expansion. Now the company is going another way after his exit.

The company issued a statement on the matter to announce that Herald Meij is stepping down from his position as President of New Japan Pro Wrestling. His replacement will be Takami Ohbari

At a meeting of New Japan Pro-Wrestling’s parent company Bushiroad’s board of directors today September 29, 2020, a change was announced in NJPW’s directorship. This change will take effect at the beginning of NJPW’s 50th year of trading on October 23rd.

New NJPW President/CEO (as of October 23)

NJPW started up shows again after the pandemic shut down their operation for months. There is no way to tell if Meij would have stayed in the President role at NJPW if the pandemic didn’t derail so many plans. The change in leadership will take place on the 23rd of October so the remaining time will likely be a transitional period as Meij prepares his exit.