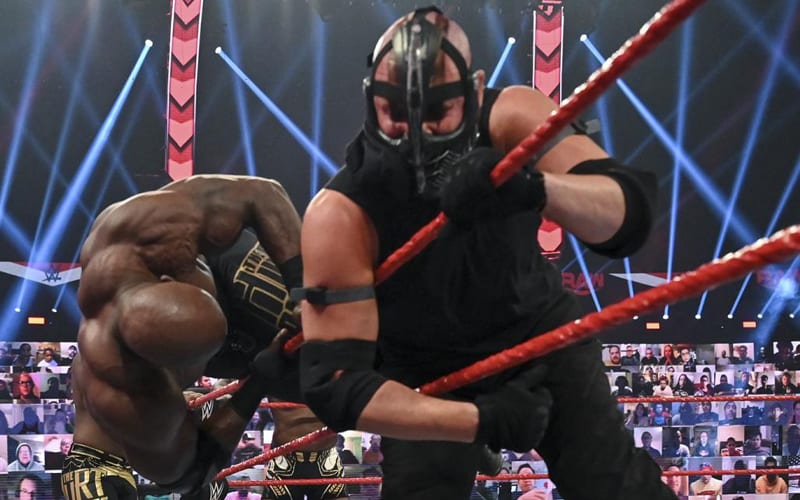 WWE has a lot of rules to their matches even if they don’t tell fans about it. They have really been enforcing a DQ rule that throws out a match if an illegal man hits a legal man when it’s not during a save. They messed up their own rule this week on RAW.

During the main event of RAW this week, the match was called off when a Retribution member jumped in the ring to break up a submission hold. During Wrestling Observer Radio, Dave Meltzer noted that he was told that WWE even screwed up their own new rule this week on RAW.

“I was actually told that they screwed up their own rule because it’s a breakup of a finish so a submission is also a thing. So, if you break up a pin or submission you’re allowed to do it, but if you just hit the legal man for no reason then it is a disqualification which makes absolutely no sense, but that’s the story.”

Retribution causes a lot of chaos, so that might have also contributed to why the match was thrown out. You never know what can happen when Mace, T-Bar, and Slapjack are around. Apparently, that also includes the referee forgetting about the rules of a match because an illegal man can still break up a submission in WWE.