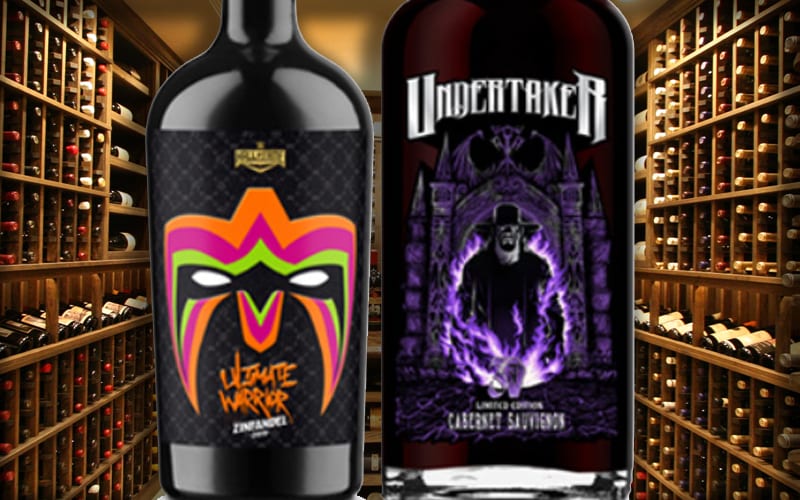 AEW has their Little Bit Of The Bubbly, and now WWE is in the alcohol game as well. They are producing two limited edition wines based on The Undertaker and Ultimate Warrior.

WWE Wines is now a thing. They are pairing WWE Superstars with wines, and the public will soon get a taste of it. WWE and Wines That Rock are partnering up to release two limited edition runs of wine. Wines The Rock previously partnered with Kiss, Star Trek, and others.

Limited-Edition 30-Barrel Series to honor The Phenom’s 30-year career. Each Undertaker bottle is marked with an individual bottle number as well as the barrel it came from.

Each Limited Edition, individually-numbered bottle also features one of three unique corks produced with different images and sayings
from The Warrior himself.

The two packs are $100 plus shipping. For more information you can visit WWE Wines’ official website.