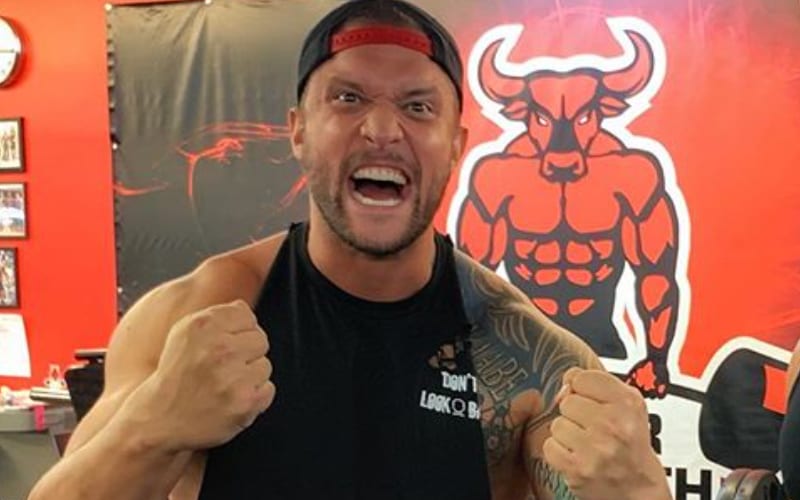 Karrion Kross was injured while winning the NXT Title and he had to relinquish it the next week. Kross might be out of action, but he’s not just sitting around the house.

John Morrison recently uploaded a photo with Kross while at the gym. Karrion Kross looked like he was still ready to go and just as intense as ever. From the sound of it, Morrison and Kross were pumping iron and focusing on their back muscles and biceps.

We’ll have to see how long it takes for Karrion Kross’ separated shoulder to heal up. If he was the only deciding factor that NXT Title would probably be around his waist, but at least he’s in the gym and able to work out what he can.