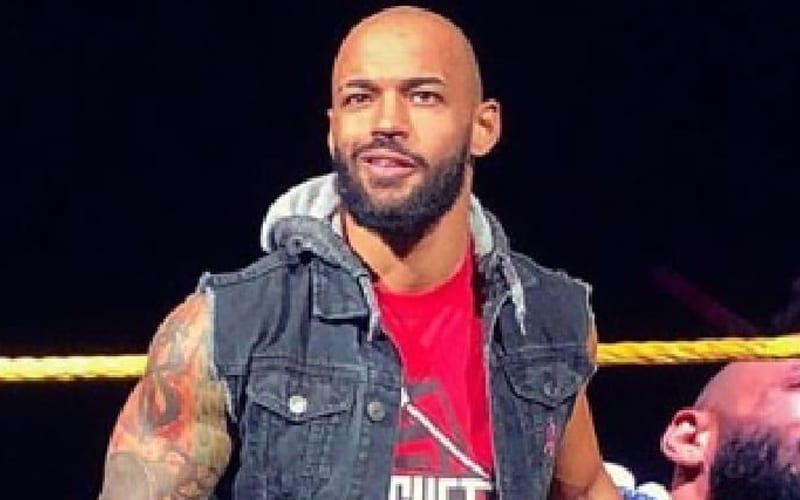 WWE could lose Ricochet soon enough. There is a rumor out there saying that he elected not to re-sign with the company. Fans have already taken this as a call to action and started making sure the rest of the internet knows about it.

The One And Only’s Wikipedia page now indicates that he decided against signing a new WWE contract. This was done by a fan after reading a rumor, but it remains on his profile as of this writing.

Trevor Mann (born October 11, 1988) is an American professional wrestler, better known by the ring name Ricochet. He is best know from his time in WWE, where he debuted in 2018. He later decided not to re-sign with the company.

We will keep you posted on any new momentum from Ricochet. He generally stays quiet around rumors, but this one might be big enough to cause him to say something about it.