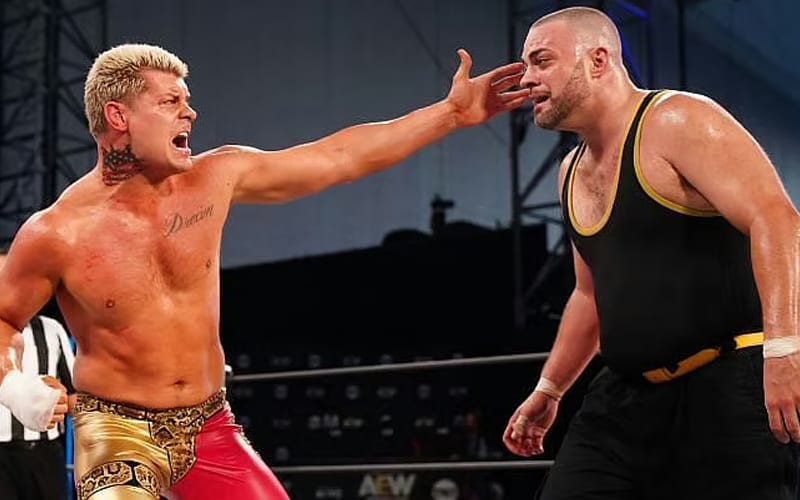 Eddie Kingston went broke when the COVID-19 pandemic swept through and took away his entire schedule. He wasn’t the only one in this situation as tons of wrestlers were suddenly out of work. He had to sell his gear to pay the mortgage on his house during that time. He threw out a challenge to Cody Rhodes, and the Nightmare Family gave him a call.

Kingston was contacted by QT Marshall and he was asked about coming in to wrestle Cody. “Yeah, I’ll come in, how much?” was King’s reply. Eddie Kingston told this story on AEW Restricted and he stated that they weren’t ready to be asked “how much?” He said some younger guys want the opportunity, but he was looking to get paid. He wasn’t even looking for a job, but he got one.

“Honestly, I wasn’t going in looking for a job. I was going in to have a match and tell a good story with Cody and get paid.”

He got a job out of that match against Cody, but Eddie Kingston stated that’s not what he was really after. Now Eddie Kingston is leading Pentagon, Fenix, Butcher & The Blade into battle. It’s a new take on the idea of a stable as he has rejected the concept of them being a faction as opposed to five guys trying to dominate the pro wrestling business.