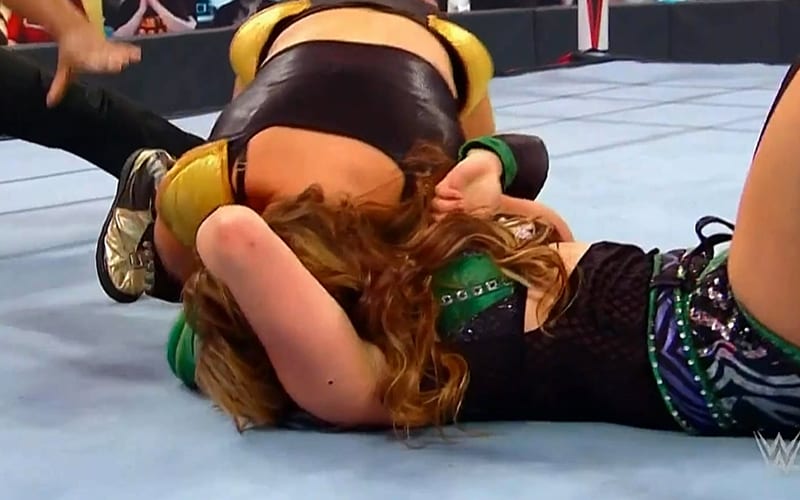 Asuka defended the RAW Women’s Title on this week’s episode of the longest running weekly episode television show in history. The finish of that match brought a lot of unneecessary attention as well

It was initially stated by Mick Foley that he heard Mickie James was injured. He said she injured her shoulder. Mickie James is fine as Bryan Alvarez confirmed. He also stated that the awkward finish was to blame on the official.

Mickie James is fine. The ref screwed up.

We’ll likely hear more on this story as time goes on. It will be interesting to know what the intended finish of that match really was. Mickie James didn’t seem happy about how everything turned out. It also seemed that James pinned Asuka’s shoulders to the mat for a three-count while she was trying to get out of that submission. The referee didn’t even count to one.

The referee in the match seemed to be all over the place. The finish indicated that there was something that definitely went wrong. It’s a relief to know that nobody was injured in the process.