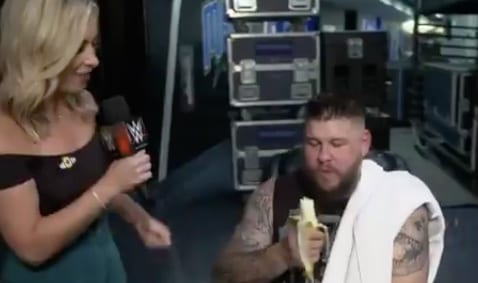 In the last few months, Kevin Owens has been maintaining his reputation as one of the most entertaining pro wrestlers on the planet.

Some have speculated that he could be in line for a move up to the main event scene sooner rather than later, but in equal measure, others feel as if he should be contemplating a move over to All Elite Wrestling.

Either way, all of us can sit back and enjoy the following interview he gave in the wake of his win over Aleister Black last night.

The feud between Owens and Black looks set to continue after the flickering lights supposedly threw the latter off of his game, and that’s not the worst idea in the world.

Both men are capable of achieving some great things in the ring and whoever comes out on top in the end should be in line for a world title shot sooner rather than later.