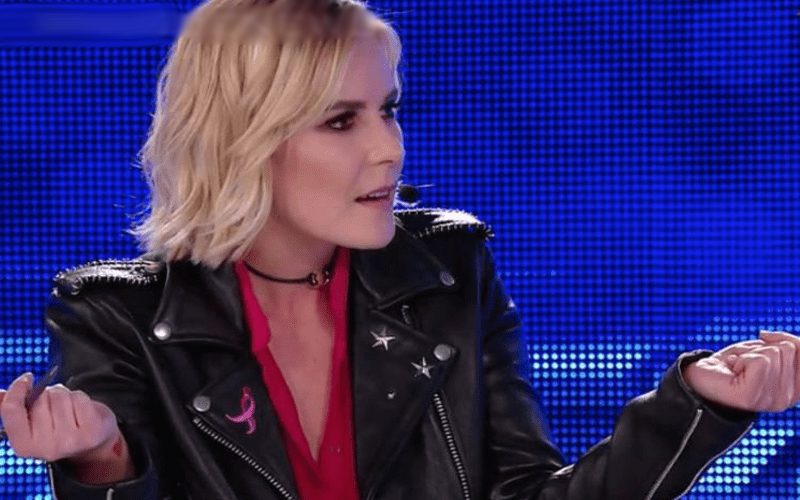 Renee Young left WWE following SummerSlam. Now she is off to do her own thing provided she minds the 90-day non-compete clause that came with her WWE release.

Renee Paquette joined the Sunday Night’s Main Event podcast where she discussed why her WWE exit took place. She wasn’t released, but she put in her notice. The opportunities weren’t there for her, and she felt like taking a job on Talking Smack would be going backwards after WWE Backstage on FS1.

She felt like the company didn’t know what to do with someone like her. Her talent as a host was not being utilized. She was happy on WWE Backstage, but that show left and her options seemed to be limited unless she bid WWE farewell.

“I felt like they didn’t know what to do with me either. Just having me on TV and doing backstage interviews again felt like a step back and there was just nowhere for me to go. There was nothing for me to do anymore especially when Backstage got canceled with FS1. I was really enjoying doing that and I’m gonna still be doing stuff with FOX going forward so that’s really cool. I feel like I had checked all of the boxes and I turned over every card that I could there. I didn’t want to waste any more time. I’m about to turn 35 and I’ve done a bunch of stuff there so it’s time to move on. If I wanna keep growing and getting better and finding a bigger platform to be on, I felt like that wasn’t the place to do it anymore.”

“Not being a wrestling talent, I always sort of felt underutilized because of that. I was never meant to be the ‘talent talent’ and that’s always a bit of a tough pill to swallow when you take pride in your work and you know you’re good at what you do, but not getting those opportunities because I don’t wrestle.”

Renee Young is not a Superstar. She’s never trained to compete despite Bayley wanting to tangle with her in the RAW Underground setting. Renee said she might return for that worked shoot fight against Bayley.

We’re not certain what is next for Renee Paquette, but she spend 8 years establishing a fan base that is sure to follow her where ever she goes next.