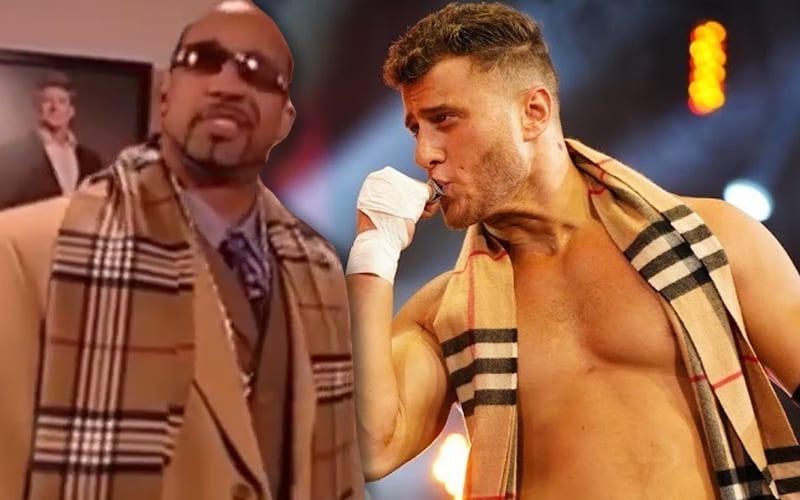 MVP has sported a few looks during his time in the pro wrestling business, but he’s always dressed on point. The Hurt Business leader recently brought up the fact that he rocked a Burberry scarf a long time ago, but now it’s making a comeback.

MJF wears a Burberry scarf around his neck because he’s better than you, and you know it. That’s his catchphrase and the image he tries to give off with the look. MVP is also incredibly fashionable and posted a clip of himself on SmackDown years before MJF ever stepped foot in a wrestling ring. The caption called attention to his dope scarf and mentioned how it’s recently been “rebooted.”

Flasback!!!! MVP with a dope scarf and stylishly attired. Looks familiar. Like I’ve recently seen this look and attitude rebooted…

We’re not saying that MJF stole the Burberry scarf idea. Wearing a scarf isn’t original, but if anything MJF stole the idea from Chris Jericho, right? MVP does have solid evidence since his scarf was also Burberry.

As of this writing MJF has not replied. Odds are he might have something to say once this post is brought to his attention.