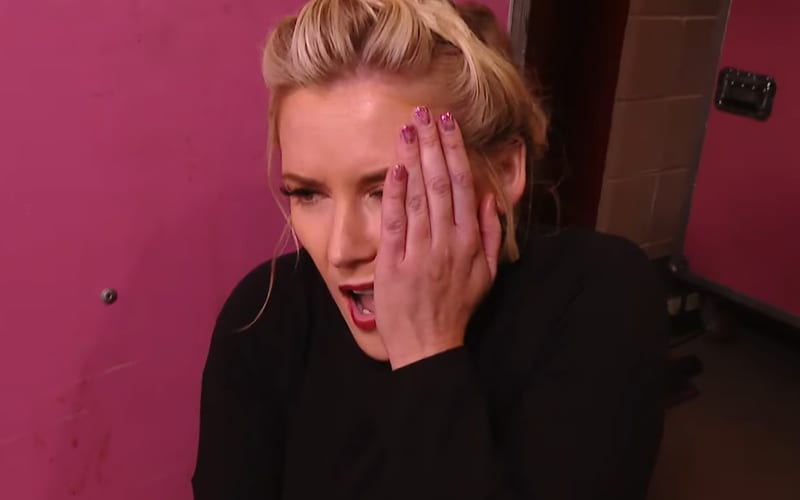 WWE asks a lot of their employees. Sometimes an angle will feature someone who isn’t a trained wrestler taking on a physical role. That wasn’t the case for Renee Young while she was with WWE.

During a recent Twitter Q&A, Renee Paquette was asked if WWE ever offered a physical angle to her. The question specifically asked if she turned anything down or “had plans change” at the last minute.

Paquette replied back to reveal that was never a case for her. Maryse did slap the taste out of her mouth once, but that was as far as things ever got for her.

No the only physicality i ever did was with Miz and Maryse. It was a blast- but I think I was best suited outside of the ring haha

Bayley still wants to destroy Renee in the RAW Underground setting. It sounds like Paquette is ready to rumble as well, but not being under WWE contract might make that a bit difficult now.

You can check out the clip of Maryse slapping Renee Young below. The video is hosted by Cathy Kelley. We miss her, too.