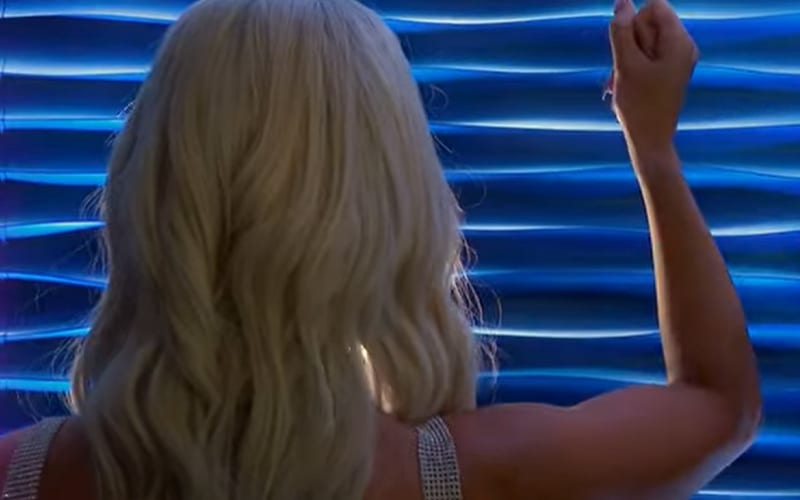 SmackDown is teasing a big mystery debut, and this week they dropped another video teaser. It appears that the Princess of Staten Island is coming back, and fans uncovered actual proof this time.

Ringside News exclusively reported that Carmella is the SmackDown Mystery woman. We also noted that there’s also always a chance that everyone can be swerved in a day when Retribution members are changed out every week just to mess with fans.

Just in case some people didn’t believe Ringside News’ initial report, fans uncovered actual proof this week that points to Carmella being the SmackDown mystery woman. They have the same tattoo on their arm.

Yes, Carmella has tattoos on her feet, but it’s totally possible to cover them up. Someone apparently missed the tattoo on her arm because it was in full view this week on SmackDown. It is viewable in the opening seconds of this week’s video.

You can check out a couple of screen shots below showing off the tattoo. The new mysterious SmackDown woman’s promo got a lot of attention this week. Let’s see if it helps Carmella return with a bit more momentum.