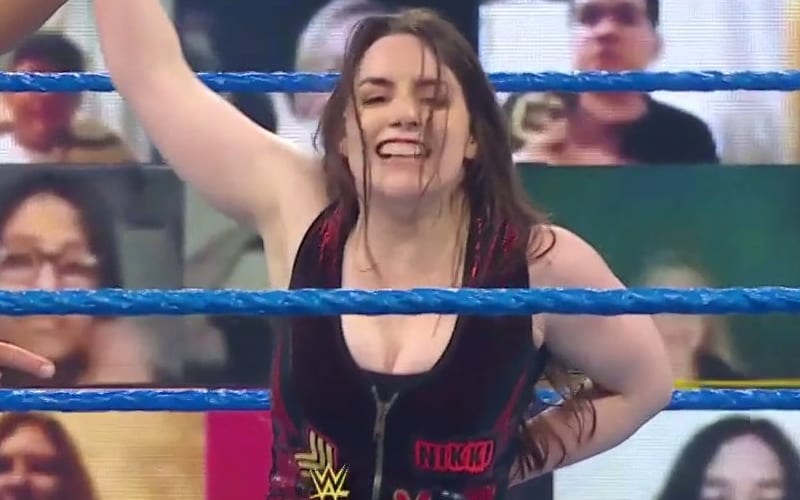 WWE Clash of Champions is coming on September 27th, and they added another title match to the card this week on SmackDown.

Alexa Bliss took on Tamina, Nikki Cross, and Lacey Evans. The winner of the match got a shot at Bayley’s SmackDown Women’s Title at Clash of Champions.

This was a fierce match, a very notable moment came when Alexa Bliss nailed a Sister Abigail on Nikki Cross. She was destroyed on the outside of the ring for a bit after that.

Bliss has been hinting at going with The Fiend in recent weeks. After Bliss hit Wyatt’s finisher on her tag team partner, she left.

Nikki Cross was able to make a comeback, and she won the match. Now Nikki Cross will battle Bayley once again, this time at Clash of Champions in two weeks.

You can check out the card for Clash of Champions (so far) below: