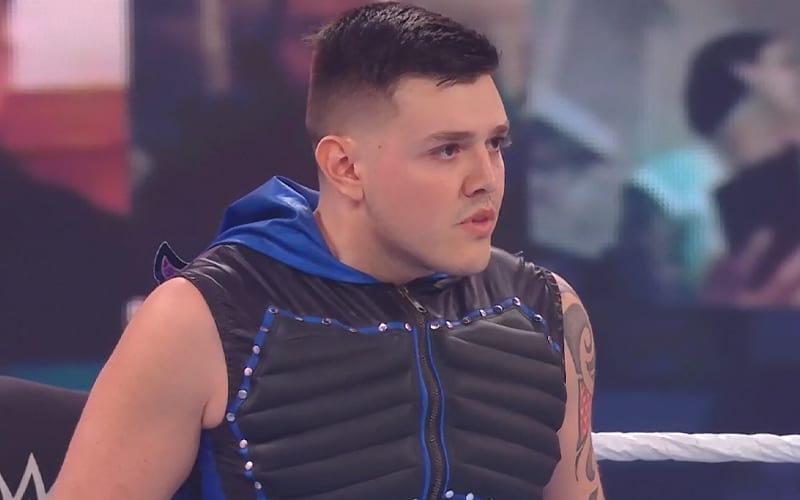 Dominik Mysterio made a big impression on the main roster when he debuted at SummerSlam. He has since received a ton of praise both from fans and backstage. That launched Dominik into a top spot on the red brand.

Ringside News exclusively reported that WWE is not removing Dominik Mysterio from television even if his father must take some time off. He is incredible for the demographic as younger females have been drawn to him.

PW Insider reports that WWE noticed Dominik’s popularity in a big way. At this point he is slotted in the top 25% on the roster. That puts him in the #3 or #4 position on the babyface side.

“I am told his push will be continuing, and right now, he is considered in the top 25%, he’s in the top 3 or 4 babyfaces on the RAW brand.”

Dominik Mysterio trained under Lance Storm, but he also received tutelage from his own father Rey Mysterio and others. His status as a multi-generational pro wrestler certainly helped him secure a spot in WWE, but he has captured every opportunity in front of him. It appears that he will have plenty more big matches to come.