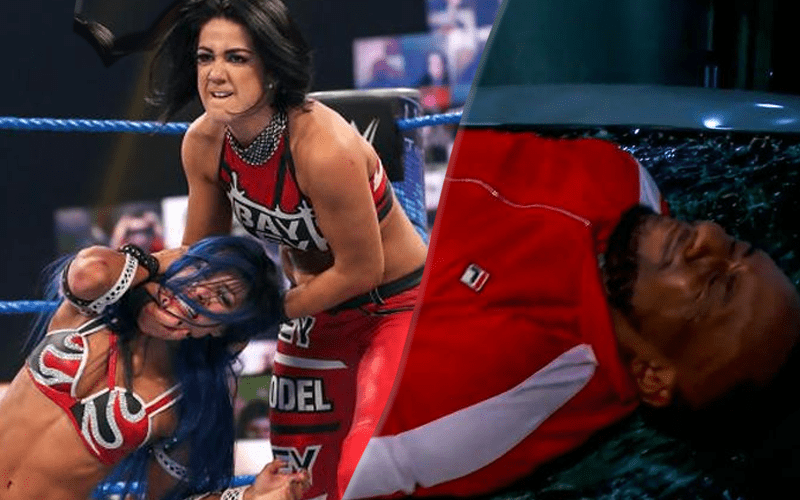 Sasha Banks and Big E both suffered bad attacks on SmackDown last week. They were both sent to a hospital according to WWE. There is good news to report in this story.

Both Sasha Banks and Big E’s injuries are for the storyline. Their characters did take beatings last week in two separate segments.

WWE has updated fans to say that both Big E and Sasha Banks were discharged from the hospital and they are currently recovering at home. It is interesting how the company didn’t use “medical facility” as they have countless times in the past.

UPDATE: http://WWE.com has learned that @SashaBanksWWE and @WWEBigE have both been discharged from the hospital and are recovering at home.

Big E will likely still have a bone to pick with Sheamus when he comes back. The same is true for Sasha Banks and Bayley. Since Bayley is SmackDown Women’s Champion it makes sense that Bayley vs Banks could be a match at Clash Of Champions unless WWE can stall the feud until Survivor Series in November.