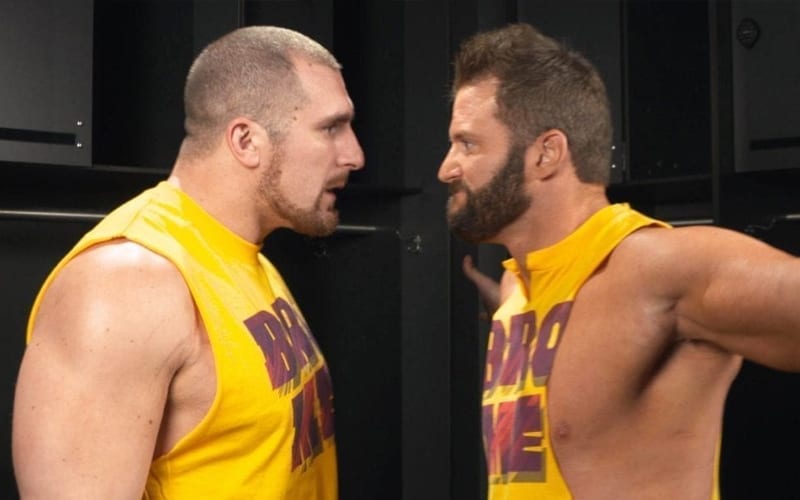 Mojo Rawley gets hyped and he stays hyped. He hasn’t been around much since his buddy Gronk took off, but he’s still under WWE contract. Matt Cardona is no longer with WWE, and now he can look back at his time and speak from the heart.

While talking with Fightful, Cardona was asked if he keeps in contact with Mojo Rawley. This is when the former Zack Ryder took a chance to say that he loves Mojo, but he hated working with him professionally in the Hype Bros.

“I text him every once and a while. I love Mojo personally, I hated working with him professionally. When we first started working together as the Hype Bros in NXT I didn’t know anything about Mojo and he didn’t know anything about me, but it was Triple H I believe it was his idea to put us together. It was Triple H’s idea and this was an opportunity for me I was like, ‘okay, let’s do it. Let’s make this work however we can.'”

Matt Cardona said working in NXT so often is what convinced him to make a move to Orlando. Cardona and Mojo might not be the tightest friends, but there’s no bad blood there.

He also gave Mojo a ton of credit for his ability to cut a promo and he’s a “great, great heel.” He’s “too annoying to me” as a babyface, but he did like working against him.