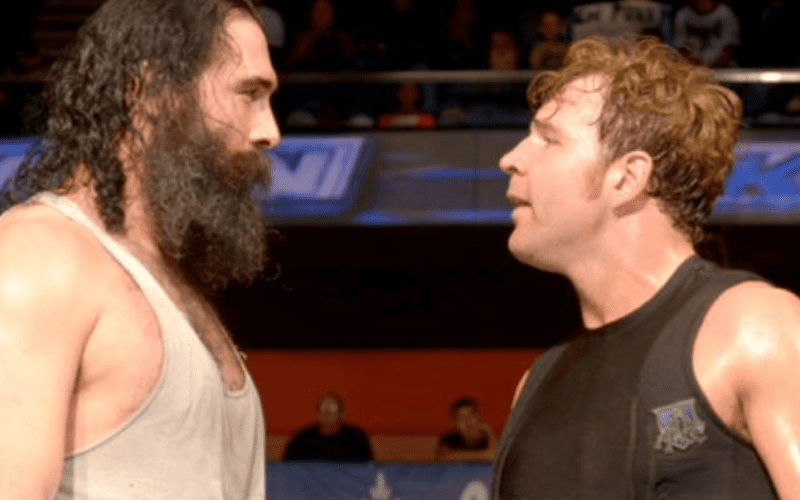 Jon Moxley battled a few members of the AEW roster prior to joining the company. One man he knows very well is Brodie Lee, but they both used to go by different names in Vince McMahon’s company.

Dean Ambrose and Luke Harper were members of different factions in WWE and this saw them collide on numerous occasions. Now that they are both in AEW things are a bit different.

While speaking to the media in the post All Out conference, Jon Moxley was asked about a possible team he would want to form in AEW. The roster is full of great possibilities for a partner, but Mox suggested that they eventually form a “Shield/Wyatt super team.” That piqued a lot of interest.

“Sometime down the line, one day, maybe me and Brodie can do like a Shield/Wyatt super team or something. Or maybe someone that will compliment me, like a guy like PAC, or even a younger guy like Joey [Janela], or Darby [Allin], or something like that. But what the hell do I know? We’ll spend swaying futures and we’ll see, but I’ll definitely be open to the idea of it.”

Brodie Lee is currently leading the Dark Order. Unless something drastic happens to implode that large faction it’s not looking likely that Brodie Lee will need to search for partners very hard. You also never know how the AEW landscape might evolve in the years to come which would allow Moxley and Lee to meet again on the same side of the equation to form some common bond.