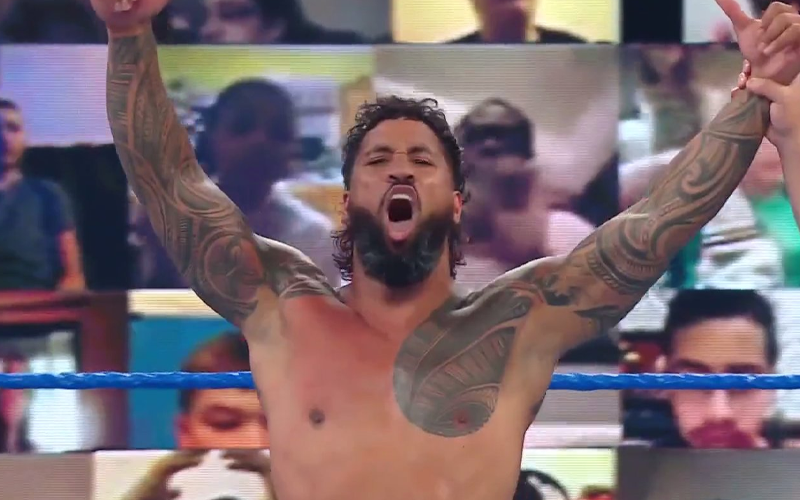 Jey Uso wasn’t even supposed to be in the fatal 4-way #1 contender’s match on SmackDown this week. After Sheamus took out Big E, Jey was placed in the match as a last-minute fill-in. Then he won.

Jey Uso nailed a top rope splash at the perfect moment and scored the pinfall. This clinched his spot in the Universal Title match at Clash Of Champions against his cousin Roman Reigns.

Uso’s brother Jimmy is still out of action with an ACL injury. He still has a couple of months left until he can return. Jey Uso has a huge match booked for September 27th in the meantime.