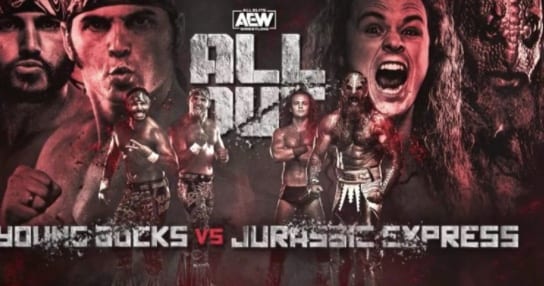 As seen on Sky Bet, the betting odds for The Young Bucks vs Jurassic Express at AEW All Out have been released.

The tag division has slowly but surely been building itself up since the inception of All Elite Wrestling, and now, we’re at a point where it’s easy to imagine most of the teams on the roster going after the tag titles.

The winners of this match at All Out could well be viewed as the next in line for a title shot against either Page & Omega or FTR.

The odds currently favor the Bucks in a big way as they are priced at 1/6, with plucky underdogs Jurassic Express coming in at 7/2.

Both teams seem to possess a really fun chemistry, and that should make for a match that is equal parts fun and thrilling.