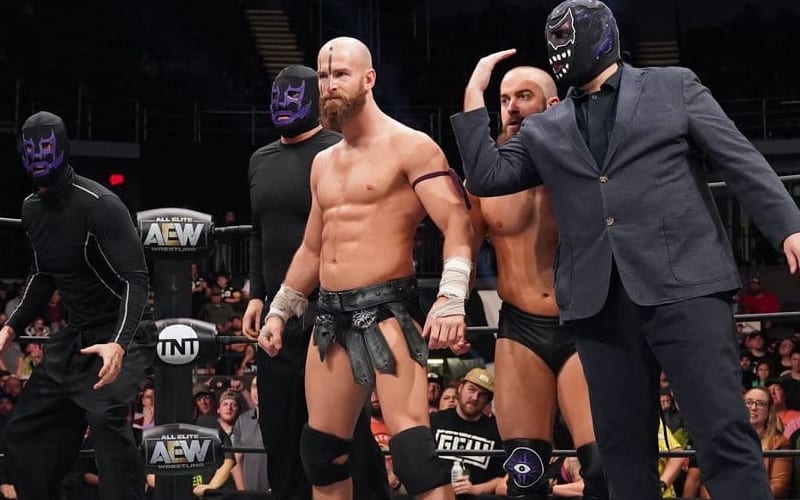 Tay Conti was released from WWE NXT on April 15th. She already wound up in AEW. It hasn’t been confirmed that AEW put a contract in her hands, but she was spotted at Dynamite holding another interesting folder of paperwork.

Conti was in the crowd around ringside during Dynamite. She posted a short video during the show and she was holding some Dark Order paperwork. The former NXT Superstar also inserted a few mind blown emojis as a caption.

Tay Conti could become a new member of the Dark Order if this is an indication of things. There was definitely a big tease there.