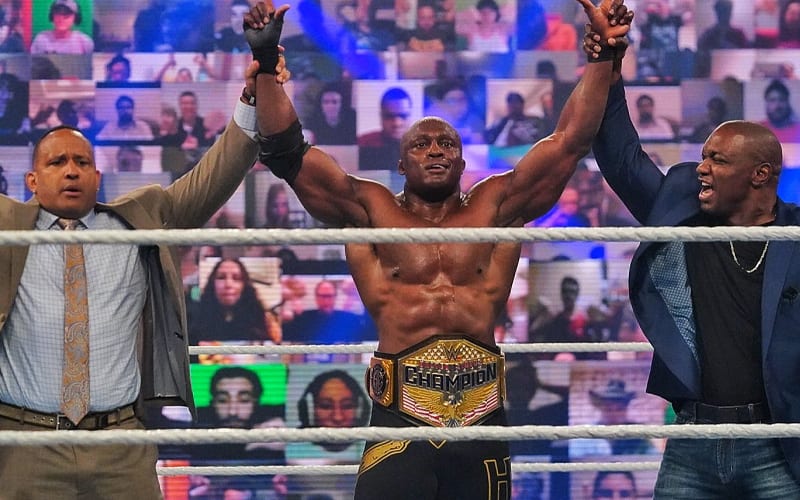 The Hurt Business put WWE on notice, and they don’t plan on slowing down. If anything, the stable that took over RAW Underground is looking to increase their prominence.

During RAW Talk, The Hurt Business seemed open to bringing in new members. They also want to clinch as many titles as they can. Bobby Lashley was very open when it came to snagging all of the gold in WWE.

“Since we’re talking about all titles, we have to fit all classes. 205 Live, Women’s Title, Tag Titles, Universal Titles, cross promotion, Intercontinental Titles, Tag Titles over there. You know, there’s a lot of people to go after in WWE.”

Charly Caruso said that it sounds like the Hurt Business is looking for new members. Shelton Benjamin confirmed that they do want to expand. We’ll have to see who WWE puts in the stable next.

Thanks to Wrestling Headlines for the quote