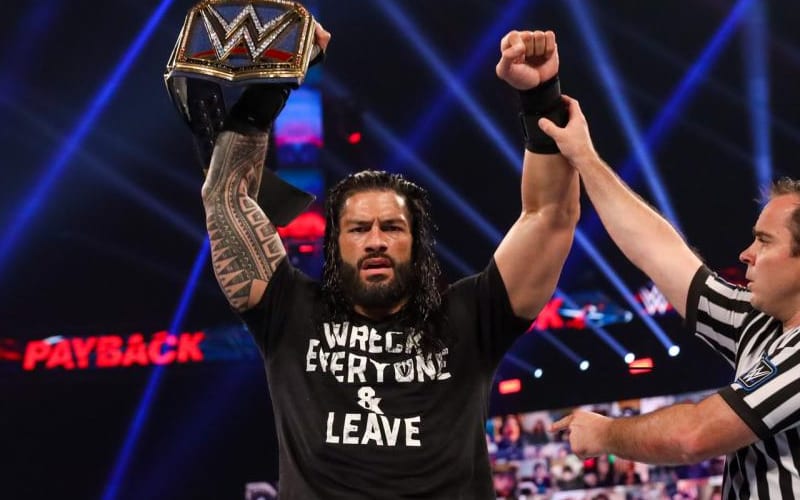 Roman Reigns’ return resulted in a heel turn. A lot of fans were very happy about that, but others still aren’t happy about seeing Reigns on their television.

One fan tweeted out complaining that WWE is shoving Roman Reigns down the people’s throats once again. This fan also commented saying that the Big Dog is “an overrated performer.”

Roman Reigns saw this negative fan opinion, and he fired back. The heel Big Dog is not holding back on Twitter.

Only reason I’m down your throat, is because you keep your mouth open. I’m the best performer of this generation period and the title is finally in the right hands for it to hold true value.

Roman Reigns is set to hold the Universal Title for a long time. Now that he has Paul Heyman by his side, WWE has a big new direction for Roman Reigns. He also doesn’t care what people think.